So I walked up to bat with my trusty 34″ Louisville Slugger but became confused because the umpire is standing over near the pitcher and I can’t find home plate. There’s just three crazy sticks standing up on the lawn topped by what could be small wooden bobbins for spinning wool. This is how out of place I felt when I landed my first job. While the principles and practice of science are universal, the means by which they are implemented is vastly different around the world. In order to thrive you need someone on the inside to show you the ropes, a mentor.

Choosing a mentor, however, is not a straight forward process. While the ‘friend’ and collaborator you made when you were working elsewhere may seem helpful, that may or 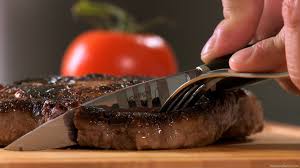 may not be the case now. Remember how I said there is a very small piece of meat on the table and everyone sitting in the conference room is armed with unbelievably sharp knives? Well, as a new addition to the staff you represent an additional threat to their share. Your friend as well. Allow me to explain.

Your head of department will be the one entrusted to carve the roast and serve the vegetables. Now, like all children you want as much meat as possible (funding for research, student stipends, travel allowances) and to avoid as many vegetables as you can (teaching or administrative responsibilities: lecturing, course control, committee membership etc.). As the newest staff member on the block your share of meat is likely to be heavily guarded and served to you on a silver platter. The first time anyway. Next year, things will be different. The vegetables are another matter. They are going to come as a very large helping and if you get any tasty ones (like a seat on the space committee) the other staff will attempt to trade you their peas for your french fries.

As a young and very näive staff member you will want to try and be a ‘good person.’  Don’t.  There isn’t time. After you left that meeting the starter gun sounded and your job is to land a big grant before next year. Not just any grant either, it needs to be an agency that pays what are known as ‘on-costs.’

You need to understand first a bit about how a University operates.

So, if you manage to land an NIH grant that’s awesome. Next year, when the HOD serves dinner you’ll likely get the same or a little more meat but many fewer vegetables. Your vegetable portion from last year, however, must be consumed by someone. Those pesky undergraduate students who think a University is about -them- still have to be taught.  Which means it ends up on one of your colleagues’ plate. If you’re in a large department of 30 staff then that may not be such a huge deal. The extra peas leaving your plate can be dealt out over a large number of staff.

Reversing the situation for a moment, let’s say you are in a small department and you don’t get funded, but your friend does. When the meal is doled out, your share of the meat is reduced and since your friend got funded they now need someone to teach her class. They aren’t going to cancel her class because the students need it to graduate. And they won’t hire someone else to teach it, instead they’ll give it to you. You’re not funded so you should have plenty of time. If that trend continues the following year, teaching will become a serious impediment to getting any research done. No papers equals no grant money. No grant money equals more teaching. More teaching means less time in the lab and the vicious cycle continues.

So, to recap over a few posts, once you landed your first ‘real’ job in the Ivory Tower you discovered you were no longer a scientist, you are now a manager. Something you were never trained to do. And if you can’t manage to get funded, your lab space will be threatened because you can’t pay the rent and you are now teaching full time as well. Something else you were never trained to do.

So, if you started reading this thinking that Professors got to be Professors by being great teachers, well, you were wrong. They got to be Professors because they bring in research dollars and with that income, they get rewarded with fewer student contact hours so they can bring in even more research dollars. All at the expense of everyone else in the department who now do their teaching for them. Learn this well young Paduan professor: Inside the Ivory Tower your colleagues are your competition, not your friends.